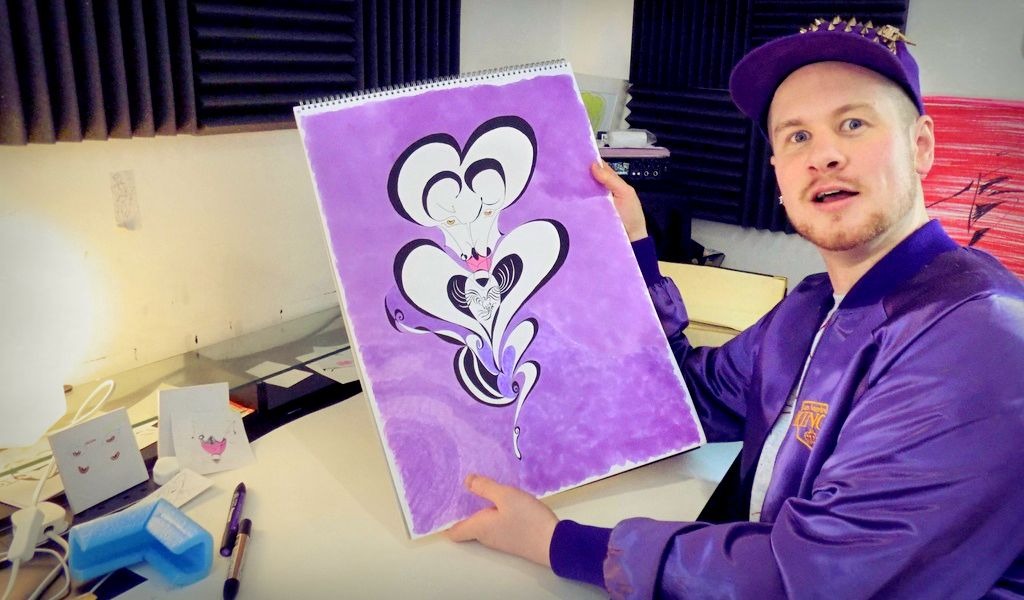 Former Luton Indoor Market trader Andy Lee’s career has gone from strength to strength, since exhibiting at the Brick Lane Gallery in 2017.

The local artist whose bold caricaturized artwork, once graced the stalls of the market, has cited it as a stepping stone in his developing career.

He said: “Luton market was a stepping stone, it was fun and inspiring. I made lots of good contacts and I learnt so much.”

The artist first got the opportunity to trade at the market through a charity that enabled him to exhibit his work in the market for free.

He said: “It was a huge space right at the back of the market. I got the space for three months and it was a real experience. The people that came up to me and the love I got from being out there was wonderful. It makes a difference when you have people pushing and supporting you, it is the best thing ever.”

Andy now trades a Spitalfields Market in East London. However, his stint in the Brick Lane Gallery in both 2016 and 2017 has only spurred his ambitions.

He said: “I’ll carry on with Spitalfields and just keep going from strength to strength, but I’m thinking of the big galleries like the Saatchi Gallery.”

The artist whose work includes vivid portraits of pop stars like Amy Winehouse and soap opera legend Shirley Carter, is currently developing a new collection of work in his newly acquired studio. However, he has not forgotten about the benefits of being a trader at Luton market. He said: “What I loved about Luton market is that there were days when I would just draw people walking past. I love that there is a mix of people, it gave me so much inspiration and that’s what is so good about it.”